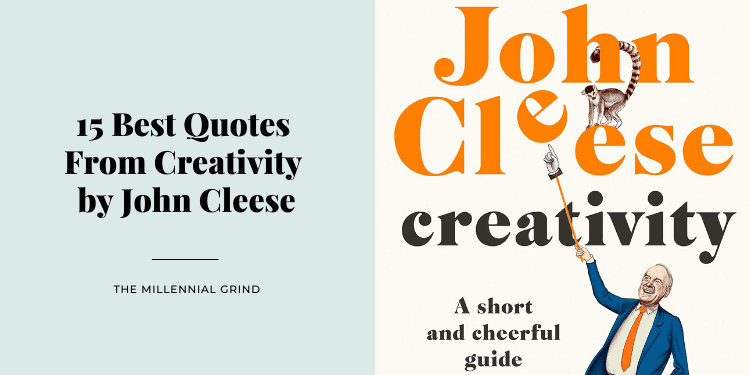 Creativity by John Cleese is a short and amusing guide that shows how creativity is a skill that anyone can acquire.

Drawing on his lifelong experience as a writer, he shares his insights into the nature of the creative process and offers advice on how to get your own inventive juices flowing.

Not only does he explain the way your mind works as you search for inspiration, but he also shows that, regardless of the task you’ve set yourself, you can learn to be better at coming up with a promising idea, refining it, and knowing when you’re ready to act on it.

Scroll down and read 15 quotes from Creativity by John Cleese.

Get The Book: Creativity by John Cleese available now on Amazon.

15 Quotes from Creativity by John Cleese

Which quote from Creativity by John Cleese is your favorite?

READ NEXT: 30 Best Quotes From Keep Going by Austin Kleon

What Should I Manifest? 20 Ideas For Manifesting

A lot of people ask me, “What should I manifest?” So I have compiled a list of 20 manifestation ideas to give you some inspiration. Although there is no limit to what you can manifest, Read more…

Like Streams To The Ocean by Jedidiah Jenkins is about examining the things that make us who we are and getting to know ourselves, our stories, and the decisions that shape our one and only Read more…

10 Small Things To Manifest For Beginners

Are you are a beginner at manifesting? Start small by trying to manifest these 10 small things. Manifesting is a practice. Like all practices, it takes time and effort to get better at it. Build Read more…